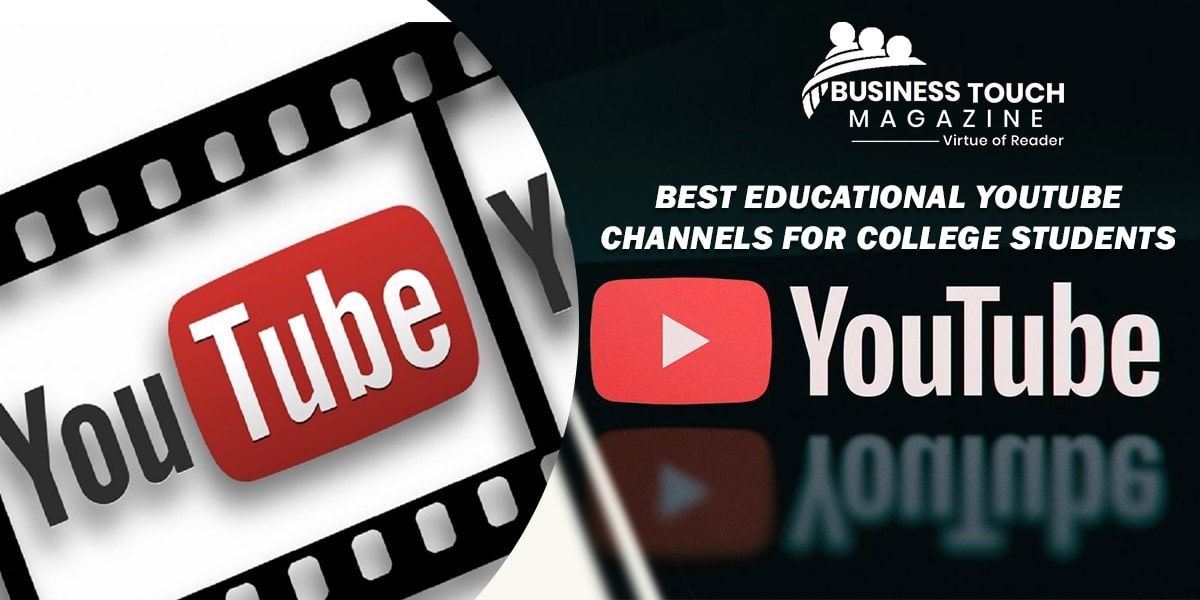 Learning is no longer limited to classrooms and textbooks in the era of technology. It's no longer uncommon for teachers to utilize videos as a teaching tool since they are an enjoyable way for pupils to learn. You can increase your knowledge and have fun while doing so by checking out some of the top instructional YouTube channels.

Remember that you can only focus for a certain amount of time.

The 50/10 study session is one of the most common methods of studying. This equates to 50 minutes of study time followed by a 10-minute break.

It's a fantastic feature of many YouTube channels because each lesson is brief and to the point. As a result, it's much simpler to maintain concentration and avoid being distracted or tired.

YouTube videos, on the other hand, are entertaining but not distracting, unlike study groups. Studies with friends may be enjoyable, but you run the risk of losing focus and talking about matters unrelated to your course material.

Playlists are a common feature on many YouTube channels. This implies that the material is presented in the sequence in which it should be learned.

Finally, some students just prefer visual or aural means of instruction. Learning through YouTube videos is far more enjoyable and convenient than from reading a textbook because of the visual and audible support they give.

Then, without further ado, let's take a look at a few of the top YouTube channels for learning

From visual arts to mathematics, health studies, and business, Ted-Ed has been offering lessons since March 1, 2011. Using amusing cartoons and real-world situations, each movie teaches a subject in a lighthearted manner.

Ted-Ed has more than 10 million members and has been seen more than 1.6 billion times as of 2019.

This channel was started on May 19, 2006, with the goal of educating a broad variety of disciplines, including global history, biology, and psychology, among other topics.

More than 10 million people subscribe to Crash Course, which has been seen over 1.5 billion times, and the show combines a mix of historical video, vivid visuals, and comedy to keep viewers engaged and interested.

This YouTube channel, which was launched on August 12th, 2010, teaches students about history, politics, philosophy, and technology.

In the summer of 2010, this channel began streaming scientific classes. "What would happen if the Sun went out?" is only one of the questions students are asked in each lecture.

According to Vsauce's stats, there are now 15 million subscribers and 1.7 billion views.

As of November 16, 2006, this channel has been offering tutorials in a variety of areas, including but not limited to economics and mathematics.

It's exactly like in real life when the instructor discusses a subject and gives examples in front of you.

Providing an insider's view of science, innovation, and hot spots since July 21, 2010, For a more complete understanding of the topic matter, each movie contains demonstrations, interviews, and tours.

More than 700 million videos have been seen on this channel, which has 6.53 million members. Learn more about this channel by following it on Facebook, Instagram, and Twitter, as well.

AsapSCIENCE was launched on May 28, 2012, and teaches science principles in an easy-to-understand manner.

The narrators use simple language to explain complex concepts, and the pictures help you visualize what you're learning.

Steps to Prevent Misbehaviour on the First Day of School