Now the questions that come in one’s mind are, who are these people who write these programs and how do they do it. So to answer that we must know that two decades ago there were only a very few who could do this and there were not as many programming languages as there are today. But with the evolution of technology the demand for programmers increased and educational institutes launched various courses to learn programming. Hence, shaping today’s advanced world.

Widely considered as the best programming language in today’s world, Python is not only extremely useful but also very easy to learn. There are many libraries in Python language which ease things out for programmers and hence takes less time when writing a certain program when compared to any other programming language. Not only this Python is also used by major software giants like Intel, Spotify, Netflix and even Facebook as well.

While Python may be the most famous language Java also stands toe-to-toe with Python in terms of popularity. Considered as one of the most powerful programming languages in the world right now, Java, without a doubt has had a major impact on the world of technology. We say this because Java is used on nearly 3 billion devices which include Desktops and Mobiles. It is an independent platform and follows the concept of OOP, Object Oriented Programming. It is also considered one of the most secure languages.

The name web-development and JavaScript go parallel with each other and it is because more than 97% of the websites use JavaScript to operate its front-end which is the client side or the user side of the website.

One of the most famous cross-platform programming languages, Kotlin is used to develop applications. It is very famous among android developers and approximately 60% of developers use Kotlin to develop android applications. Kotlin also has good security and there is less need for writing code in this language when compared to languages like Java.

R programming language is used for programming of computer graphics and also statistical programming. R is an open-source language which is a modified version of the S language

Founded in 1990, PHP language is still very significant in the development of websites even today. More than 80% of websites are built using PHP. Websites like Facebook and Yahoo were built using this language and that signifies the power of PHP.

Developed by Google back in 2007 to manage the ever-growing infrastructure of Google, Go language quickly became one of the most reliable and efficient programming languages to ever exist.

With a huge range of inbuilt functions, libraries and operators along with the extendable features, C language is a very popular language among beginners. C is a general purpose programming language developed in 1972 and is still in function.

Developed by Apple Inc in 2014, Swift was a replacement for the Objective C language which was used by Apple Inc before Swift. Swift is categorized among the robust prograamming languages.

SQL Stands for Structured Query Language. It is a computer language that gives orders or instructions to database. SQL is an ANSI / ISO Standardized.

C# runs on the .Net framework developed by Microsoft. It is an Object Oriented Programming Language and is pretty similar to languages like C++ and Java. 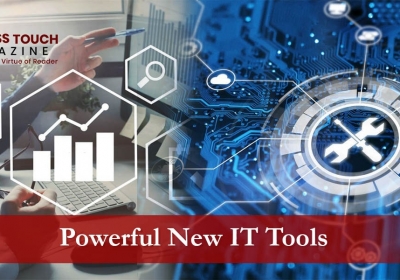