Several Government Departments and Postings have a Serious Shortage of Former Military Personnel. 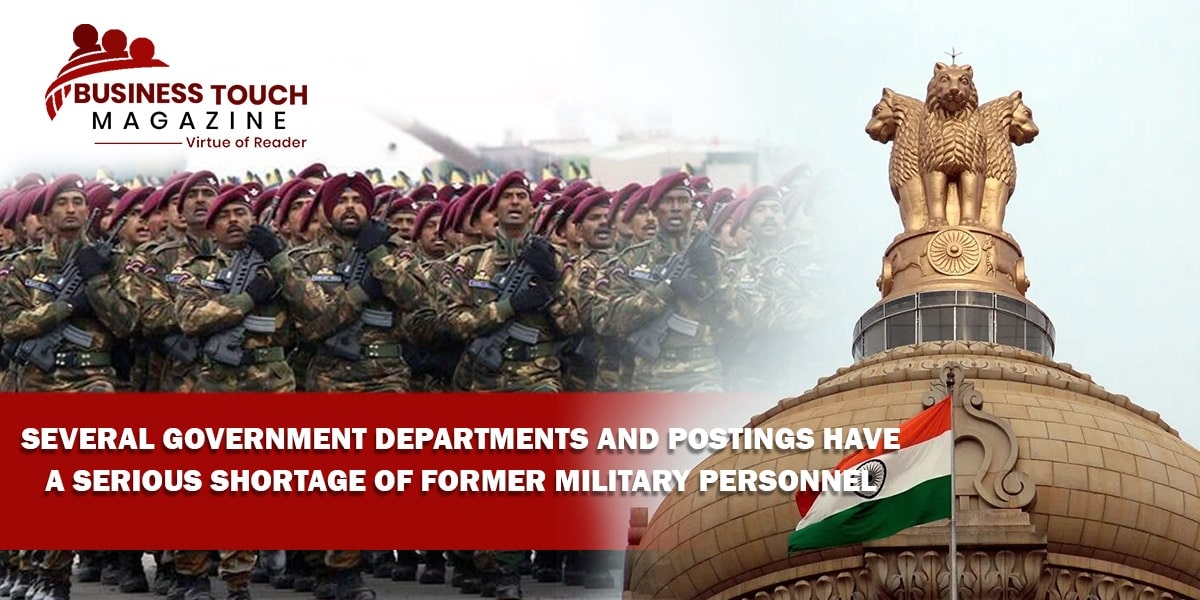 In spite of the 10% Agniveer quota in the Central Armed Police Forces (CAPF), Ministry of Defense, and Defense Public Sector Organizations (PSUs), official records reveal a huge gap in the number of ex-servicemen hired in government posts as opposed to the openings allotted for them.

Figures from the Directorate General Resettlement (DGR) within the Ministry of Defense's Department of Ex-Servicemen Welfare, as of June 30, 2021, are shown here:

At previous sessions, the subject of a lack of ex-servicemen has been discussed. Secretary of the Department of Ex-Servicemen Welfare, a senior defense ministry official, and liaison officers from several ministries/departments were in attendance at the June 2 meeting, which was led by the Secretary.

Directorate General Resettlement indicated that "efforts should be made to boost ESM (ex-servicemen) participation" in government ministries by filling the allowed ESM positions, according to meeting records.

For direct or agency recruitment, "DG(R) said that LOs are asked to ensure that ESM positions are clearly stated in the employment circulars/advertisements to be published," according to the meeting minutes.

Liaison Officer, DoP&T raised the need for coordinated efforts between the training section (for ESM) and recruitment agencies to assess the need for current job market requirements and train the ESM accordingly, as there are some vacancies lying vacant due to a lack of candidates who possess the relevant skill for that particular job.

According to the minutes, "Secy, ESW, and DG(R) acknowledged the matter and assured that due importance would be given to it and that they would try to launch new courses that would impart the necessary skills to ESM." They also submitted that recruiting agencies should take cognizance of trade equation certificates issued at the time of discharge from the service.

A lack of applications from ESMs, a lack of ESMs who meet the qualifications for these positions, and failure by organizations to implement DoPT (Department of Personnel & Training) orders regarding relaxed standards of selection were cited by DGR sources as the primary reasons for the non-selection of ex-servicemen. Five Ways To Save Water. You Have Got To Try These 11 Australian Delicacies This World Nature Conservation Day Treat The Earth With Kindness.