Eyewitnesses said that the author Salman Rushdie, who was stabbed on Friday at an event in the state of New York, sustained "ten to fifteen" blows as a result of the incident. One of them said that at first she considered it to be "a stunt."

Rabbi Charles Savenor, who was in the audience for the talk at Chautauqua Institution, which is around 100 kilometers outside of the city, described how "this person went on the stage and began banging on Mr. Rushdie."

According to a reporter working for the Associated Press, the assailant "punched or stabbed Mr. Rushdie 10 to 15 times."

"At first, you could be wondering, "What the heck is going on?" And then, within a matter of seconds, it turned out to be plainly evident that he was being battered, "According to Mr. Savenor's statement, the news agency. According to him, the assault lasted for almost twenty seconds.

Kathleen Jones, a member of the crowd, said that the assailant wore all black clothing and a black mask. We speculated that it was some kind of publicity ploy designed to highlight the fact that there is still a great deal of debate about this author. However, it was clear after a short amount of time that this was not the case," she was reported as adding.

As soon as the assault began, Mr. Rushdie was knocked to the ground, and his assailant was detained. According to the Associated Press's story, a small group of people encircled the author and held up his legs in an effort to direct more blood to his chest.

Later, Governor Kathy Hochul of the state of New York said that he is still alive and "receiving the care he needs."

The governor said in a tweet that "our prayers are with Salman (Rushdie) and his loved ones" and that he would provide any assistance necessary to the probe.

People were seen running to his help on stage, as seen by images on social media. As a result of the incident, the individual who was interrogating Mr. Rushdie had some minor head injuries.

While Mr. Rushdie was being introduced before to giving his speech, the incident took place at around 11 am local time (8:30 pm IST). The Chautauqua Institution, which may be found in a more rural area of New York, is famous for the lecture series that it hosts throughout the summers. Mr Rushdie has spoken there previously.

Mr. Rushdie is a citizen of the United Kingdom who hails from India, but he has made his home in the United States for the last two decades.

Even if a link to prior threats has not yet been confirmed, Mr. Rushdie was the target of demands for his death, notably in the late 1980s, because of his novel The Satanic Verses, which is said to be insulting toward the religion of Islam. In addition, the supreme leader of Iran had placed a prize on his head; but, by 1998, the Iranian government had said that it had no intention of enforcing the "fatwa" or decree that had been issued.

In 2012, when an Iranian religious organization reinstated the prize for his assassination, he brushed off the danger by claiming that there was "no proof" that anybody was interested in the money. In the same year, he wrote a book titled Joseph Anton in which he discussed his life spent dodging danger. The name he went by when he was on the run served as the inspiration for the title.

After the uproar that was caused by his fourth novel, The Satanic Verses (1988), he retreated from the public spotlight and spent much of his time living in the UK under the protection of the authorities there. In spite of the danger, he continued to write many books throughout the decade of the 1990s.

His debut book was published in 1975, and he has since published over a dozen more works, including non-fiction. However, Midnight's Children (1981), which is about contemporary India and for which he received the Booker Prize, is one of his most important works.

In recognition of his contributions to the literary world, Queen Elizabeth II knighted him in 2007, bestowing upon him the honorific title of "Sir." 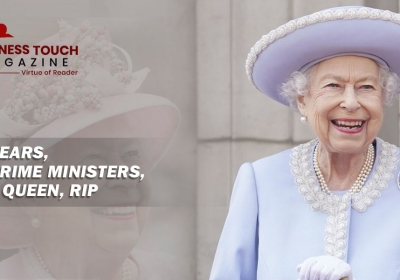