Despite Its flaws, Brahmastra Is APotent Astra That Will Bring Moviegoers Back To The Theaters. It is clear from 'Brahmastra' that Bollywood is making some brave bets in terms of both plot and execution.

SHIVA (Ranbir Kapoor), a young guy on the cusp of writing his epic love tale with Isha, is the protagonist of "BRAHMSTRA: PART ONE" (Alia Bhatt). Their lives are turned upside down, however, when Shiva learns the truth about his enigmatic link to the 'Brahmastra' while trying to master his control over fire (Agniastra).

Casting is one aspect of 'Brahmastra' that writer-director Ayan Mukerji nailed spot on. Aside from Amitabh Bachchan and Ranbir Kapoor, the film also stars Alia Bhatt, Nagarjuna Akkineni, and Mouni Roy. Simply seeing Shah Rukh Khan on the big screen, even in a cameo, is a delight.

Ranbir Kapoor is a powerful and convincing actor. He injects just the appropriate amount of honesty and openness into his situations. Alia Bhatt is gorgeous to look at, and she and Ranbir Kapoor have genuine, endearing chemistry on film. Nagarjuna Akkineni, as Nandiastra, has a brief yet impactful appearance in the film.

Amitabh Bachchan is the film's driving force. His commanding stage presence and deep, resonant baritone voice are completely captivating. He is an ideal mentor and stellar actor in both the business and on screen. Mouni Roy, who plays Junoon, is given enough screen time and turns in a strong performance.

The book "Brahmastra" has many flaws. While the film quickly picks up speed and even begins to thaw in places, it takes a while for the viewer to have a real connection to the characters and events on screen. This can disconnect you at times with the flow of the writing but holistically, it maintains constructing a story to give birth to the next chapter of the series. It's possible that fans may be divided over how the filmmaker handles the romance between Shiva and Isha. The film's highlights include its background soundtracks, visual effects, and action sequences. Thankfully, the film's soundtrack doesn't serve as a roadblock. The song Kesariya has become the love anthem of 2022 and lingers with you long after you've seen the movie.

The creators could have spent more time crafting and included some memorable lines of conversation for the main characters. When it is a "world" and mythology-based film series, it pays to have conversations that the audience will remember long after leaving the viewing.

In sum, this film is a visual feast designed for an audience who enjoys going to the theatre. Despite inevitable comparisons to greater works like 'Baahubali' or 'Marvel' movies, 'Brahmastra' demonstrates that Bollywood is making honest attempts to take chances with both its plot and its technical execution.

This review avoids providing any spoilers on purpose. This means there are aspects and scenarios we have not covered. But the filmmakers provide hints scattered throughout the picture that allow the spectator to speculate on what could happen next. 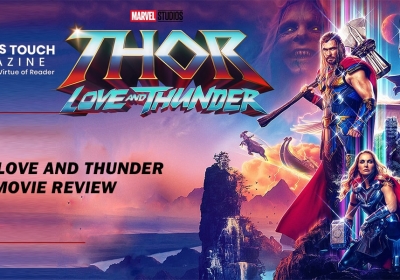