The Birth of a God: Krishna Janmashtami. 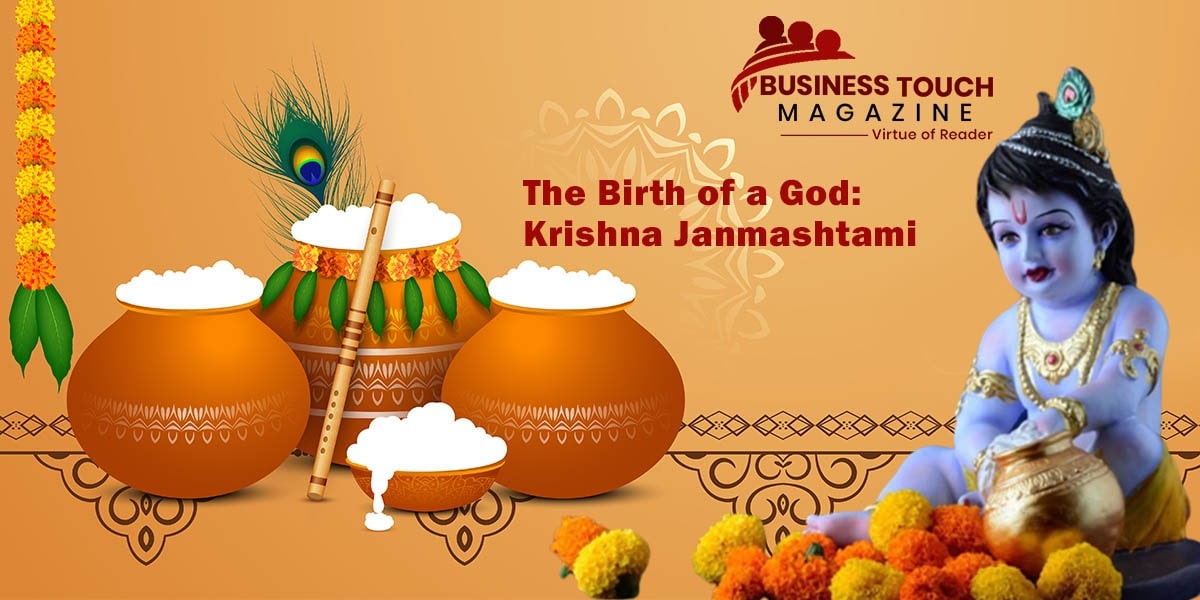 Chaos reigned over the planet. It was a time of darkness, wickedness, and warfare. That it shook the very foundations of the planet itself. She was unable to tolerate the evils that had been released onto her land and soul, so she prayed to the creator of the Universe, Lord Brahma, in the guise of a cow, asking him to destroy the sin. Lord Brahma and the other gods brought her to Vishnu, who told her that he would appear on Earth during the Yadu Dynasty and destroy all evil.

That form was his eighth avatar – Lord Krishna

A playful and interesting youngster who later became the God of mercy, kindness, and compassion. Defender of Draupadi. One of Radha's many lovers. A flutist and a cowboy. The one who recites the enlightening verses of the Bhagavad Gita. There just aren't enough adjectives in the English language to adequately describe this God and his place in Hinduism.

In the Hindu faith, Krishna is held in the highest regard; this devotion reaches its pinnacle on the day when he was born, which is celebrated as Krishna Janmashtami (also known as Gokulashtami). The event takes place at some point between the last day of August and the first day of September. A momentous occurrence that altered the course of history, a fascinating life, and an enduring myth. In August, let's all come together to celebrate Janmashtami.

King Kansa of Mathura during the Yadu Dynasty was a tyrant. His sister Devaki was prophesied to give birth to the one who would vanquish Kansa. Kansa, filled with wrath and terror, brutally murdered all of Devaki's children. Krishna, the eighth child, was secretly taken from the palace and handed over to Nanda and Yashoda, his foster parents, on the other side of the Yamuna. Kansa took Krishna's place, and murdered the baby son of Nanda and Yashoda. The baby rose to heaven and became a goddess who revealed to Kansa that the end of the world was near.

Many years later, Krishna came back and put an end to Kansa, the personification of everything that is cruel and bad in the world.

A Night-time Vigil and Celebration

This tale is honoured on the night of Janmashtami. Devotees fast (upavasa), sing devotional hymns to Krishna, and maintain nightly vigil on the eighth day of the Krishna Paksha in the month of Shraavana of the Lunar Calendar (August-September) (ratrijagaran). Statues of Krishna as a newborn are washed, dressed, and tucked into a cradle at midnight, the time of his birth. Devotees break their fast, exchanging sweets and food. Women typically make little footprints outside their dwellings, symbolising the arrival of Krishna into their homes and their lives.

Janmashtami, however, is not just a party for the wee hours of the morning. As such, it is also a memorial to a legendary figure. Krishna continues to play a vital part in millions of lives today. He is a defender, a strategist, a teacher, a brother, a lover, a playful kid, a wonderful entity. There are numerous various methods that people all throughout India commemorate the major milestones of his life. The event is celebrated nationwide the day following the all-night vigil and prayers (mahotsava). Here are some of the numerous ways in which Janmashtami is celebrated in India.

One of India's most populous states, Uttar Pradesh, is also home to both Krishna's birthplace (the kingdom of Mathura) and his formative years in Vrindavan. The festivities in Vrindavan start ten days before the actual day. A variety of dramas and reenactments of Krishna's life (known as rasleelas) are put on. The "abhishek," or ritual washing of the idol before the festivities, is a grand spectacle, and both temples and private residences go all out to decorate for it. Two of the festival's core tenets are given especially enthusiastic receptions in Mathura. In Jhulanotsov, villagers hang swings in their yards (to represent Krishna's cradle) and adorn temples with rangolis and flowers to welcome the newborn god. As part of the second festival, Ghatas, all temples are decked in a single, unifying colour. The Krishna Janma Bhoomi Mandir was built on the site of Krishna's birth and serves as the focal point of the celebrations.

It's not only the state of Uttar Pradesh that goes all out for Janmashtami; other regions of North India do so as well, including Rajasthan, Delhi, Haryana, and the Himalayan North.
Please accept our heartfelt best wishes for a joyous and prosperous Janmashtami!